It’s been a while…and here’s why. 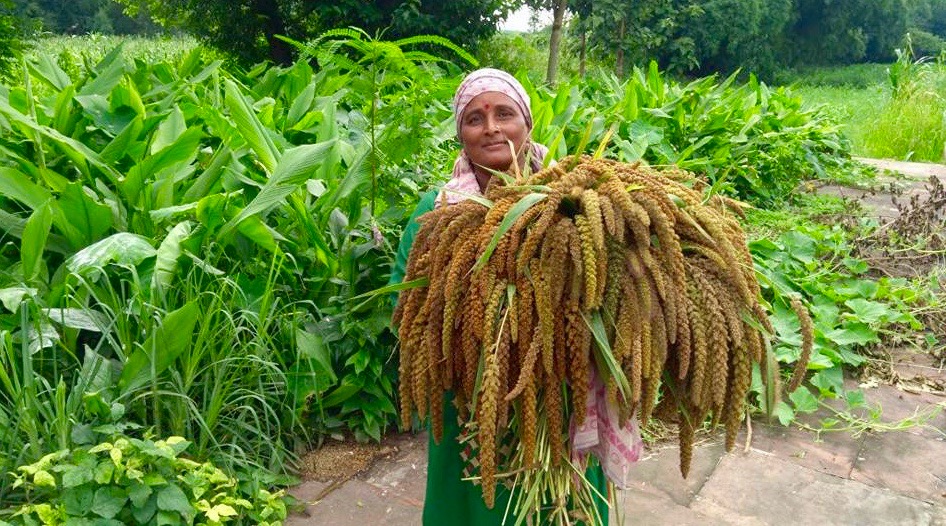 Would you believe it: It’s been four years since we finished our film Sons of Africa and had the idea to tell the life story of Dr. Vandana Shiva.

Here’s why you haven’t heard from us lately: We are deeply immersed in sourcing archival footage and photographs, listening to music to inspire a score, fact checking, cleaning up dialogue—all consuming and important work that is hard to report about when you’re busy doing it. We remain grateful to everyone who has supported this leg of the journey.

But today we’re abandoning all that and hitting the road! First stop, Santa Rosa, California. Vandana is speaking at the inspiring and colorful Heirloom Seed Expo, and if you’re in the area, we encourage you to attend. She’s appearing on a panel with Robert Kennedy Jr., on the issue of glyphosate (the main ingredient in Monsanto’s RoundUp) that has been named as a probable carcinogen by the W.H.O. Next she’s addressing the tension between our seed supply and corporate interests, as well as the Care What You Wear campaign about how our clothing purchases can impact an ecologically toxic and unjust garment industry.

On the evening of September 6 Vandana will open the Soil Not Oil conference, a powerful three-day event featuring artists, activists and academics sharing new information on regenerative agriculture and the social-ecological health of the earth. The conference was inspired by her book, Soil Not Oil, a must-read in this era of obvious (and heart-rending) climate disasters.

At the end of the month we’re attending the Regeneration International General Assembly at Rancho Via Organica in Mexico. We look forward to filming and connecting with partners and allies to discuss plans for the film’s distribution.

And in case we again get caught up in editing and neglect to write to you before November, we must alert you to the Pathway To Paris Concert (Carnegie Hall, New York, November 5) featuring a line up of amazing musicians—Patti Smith, Michael Stipe, Flea, Talib Kweli, Tanya Tagaq, Tenzin Choegyal—plus words of wisdom by Bill McKibbon (350.org) and Vandana Shiva! More than ever now, it’s all about climate change. Food systems play a huge part, not only causing up to 50% of the problem, but also offering solutions to solve it. OK, we admit it. For this one we can’t wait.

In between all of that, we will keep at it, looking forward to when we can show you the film!

BTW:  Our cover picture, taken by Pramod Kamothi at Dr. Shiva’s Navdanya farm features seed keeper and farmer Sheela Godial with an abundant harvest of fox tail millet, a nutritious but forgotten heritage crop being restored at the farm.