Last year in India we filmed several intense planning sessions between Vandana Shiva and key members of the food justice movement about their vision for an International Tribunal against Monsanto.

Exactly a year later, on October 15 and 16 (World Food Day) those plans came to fruition. More than a thousand witnesses, journalists and activists participated in a historically significant People’s Tribunal that charged Monsanto and agri-business with crimes against people and the environment.

Expert witnesses came from across the planet, from five continents and from both industrialized and developing nations. We were there too.

Of course there was plenty of disturbing and heartbreaking evidence of Monsanto’s transgressions; pollution, deforestation, biopiracy, land grabbing, harassment of independent scientists and nefarious political lobbying to name a few. There was also clear testimony about the impacts of agricultural poisons on creatures and people.

The chair of the trial was Judge Françoise Tulkens, former Vice President of the European Court of Human Rights. Click through for a short video of her perspective in the closing comments: 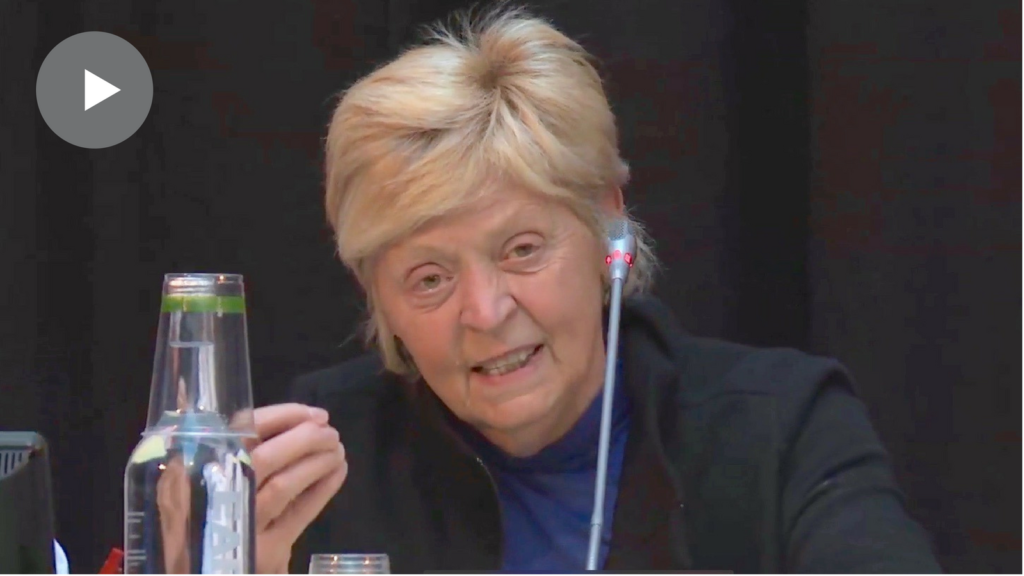 Fortunately, the litany of Monsanto’s offenses was offset by the lively People’s Assembly that took place in tandem with the Tribunal. At this event, 500 stakeholders, representing more than 1,000 signatory organizations, crafted an empowering message of hope.

Together they pledged to collaborate on growing democratic, healthy, and ecological food chains to mitigate environmental destruction, hunger and climate change. 5-10 percent of all agricultural producers are already practicing regenerative techniques, and there are millions of conscious consumers choosing organic, humane and fair traded products instead of the junk that Big Food produces.

The Monsanto Tribunal marked a fitting end of two years of filming for The Seeds of Vandana Shiva.

We’ve followed Vandana to many places in the world and we have talked at length to her, and others, about her life. It has been a mind-blowing and supremely educational ride and we look forward to sharing the completed film with you.

Our editors have just finished a first cut; now we are knuckling down to the next round of editing and post production. We’ll let you know how we progress; in the meantime, look out for an email coming November 7. We have a very important question to ask you!